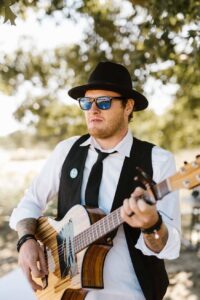 This benefit was established in memory of local musician Sean Hetrick. Sean’s family and friends organized the “Play A Song Music Festival” as a memorial for Sean in October 2021 and raised nearly $30,000, which was donated to AMFM; in response, the Sean Hetrick Bereavement Benefit was created.

The application does not necessarily have to be filled out by an immediate family member or by the bereaved musician; someone else may fill out the application on their behalf, to initiate the process. Applications will be accepted for up to six months after the time of passing.